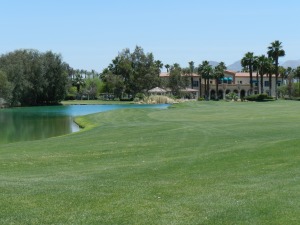 Here’s something to be envied about. I received an email from the SilverRock Resort in La Quinta, CA informing me that the green fees in April will be reduced by 35%. If you have played there before then you would know that this is quite a saving because the regular green fees are $185 per person. It’s a nice course to play on and it has some history too. Back when Bob Hope was around, SilverRock was home to the Bob Hope Invitational golf tournament. After Bob Hope passed away, the tournament was renamed to the Humana Golf Challenge and the tournament was moved to PGA West and the La Quinta Resort courses.

I am envious that SilverRock can afford to reduce the rates when our local golf courses haven’t even opened yet. If we are lucky, driving ranges will be open in April but I have a sneaky feeling that the courses won’t open until after the long weekend in May. By then, SilverRock would reduce the rates further to 50% off.